The final distance of 50.245KM was 884 meters farther than the distance ridden in 1995 (in Colorado Springs) at the age of 23. “I have to be very happy with this performance, although in retrospect there are always things that can be further optimized”.

Some of the increased distance can be accounted for by superior equipment. The Lotus 110 ridden in 1995 (pictured below) was cutting edge for the time, as were the wheels and helmet. However, everything has gotten faster in 2018. “I think one of the biggest areas of improvement from 95 was the skinsuit. My team aero suit was nothing special and the fit was a bit baggy in places. The Panache Speedsuit I used in 2018 was completely superior.”

For a great interview with some other details, see this page: “In September of 1995 I set the Elite US hour record in Colorado Springs, CO using the full aero setup pictured above. I rode 50.191km in one hour and also set the 10km, 20km and 50km US records along the way. The previous record was held by John Frey (49.404km) and was also set in Colorado Springs, which is a concrete outdoor 333.3 meter track. Colorado Springs is 6035 feet above sea level.

In 1997 Norm Alvis broke my record and rode 51.505 km. I tried to take it back later that year and was ahead at 10km but fell behind by 20km and abandoned the attempt.”

“As you can see, I was pretty decked out for 1995 – even today equipment does not get leaps and bounds faster. The full carbon Lotus frame was light years ahead of most other bikes in that age. I had a deep front wheel (HED “deep”) and my position had been refined in the wind tunnel. I used a 55×14 gear and averaged close to 100 RPM. My average power, recorded with a SRM power meter, was 311 watts. My drag was measured in this position at Texas A&M at around 4.6 lbs @30 mph.

I sometimes get questions about the hour record, such as “What was your time?” to which I usually respond “One hour”. Someone once asked me “Well, at what point did you just stand up and go as hard as you possibly could all the way to the line, 100% as fast as you could go?” to which I responded “At the start.”

A complete list of recognized hour record distances is regularly updated by Mike Mowett on Wikipedia and can be found here:

As of 2015 I was still in the top 30 all time farthest distances ridden but that will change as more riders continue to tackle this event.

In 2013 I trained for another attempt on the US record and rode 49.806km. After half way, I was about 25 seconds (just over one lap) down on the schedule to further Norm Alvis’ distance and then the wind picked up, putting me further off schedule. I rode farther than the world record for the 40-44 age group at that time but the record was not submitted to the UCI as there were no doping control officers present. I did get the USAC 40-44 record, in addition to riding the furthest of anyone in the 30+ categories. The page for US records is here:

I trained the entire season with this attempt in mind but after a storm delayed the construction of the Boulder Valley Velodrome, I was forced to move my attempt to Colorado Springs. I intended to try the record at the end of September in 2013 but then came more weather challenges, in the form of “1000 year” floods. After week of not riding and dealing with our house, which had considerable water damage, I almost decided not to ride. The entire city of Boulder had an apocalyptic feel, there was water everywhere for days and furniture floated down major streets after being liberated from storage units or living rooms. But, after reflection I realized that preparation for this ride had taken a lot of time and energy, and I had made a commitment to sponsors that needed to be honored, regardless of the outcome. My family had also endured my training and preparation, the least I could do is my best on the track to pay them back in a small way.

Many local roads were closed so training required some creative problem solving. After finding excellent form in the early part of September, I did what I could to polish my abilities and went for it. Unfortunately, the result was a much shorter distance than I hoped for.

One week later I established the Absolute Record (read: Merckx style) for the US, with a distance of 46.452. That ride was extremely challenging and my bike had some technical issues which contributed to my ride being sub optimal, but it was what it was. I used a Nobilette custom steel frame with Wolber aluminum rims, and custom 34 cm drop bars. Now the UCI has done away with that category, which makes the effort completely obsolete. The reality is that it was an obtuse line to draw in the sand in the first place and it never made sense to try and turn back the clock on an effort like this. Nobody wants to see riders time trialing in drop bars for an hour with spoked wheels when we have tools like disc wheels and aero bars at our disposal today. I am glad the UCI has moved on. I can say this because I was stupid enough to sign up for it… 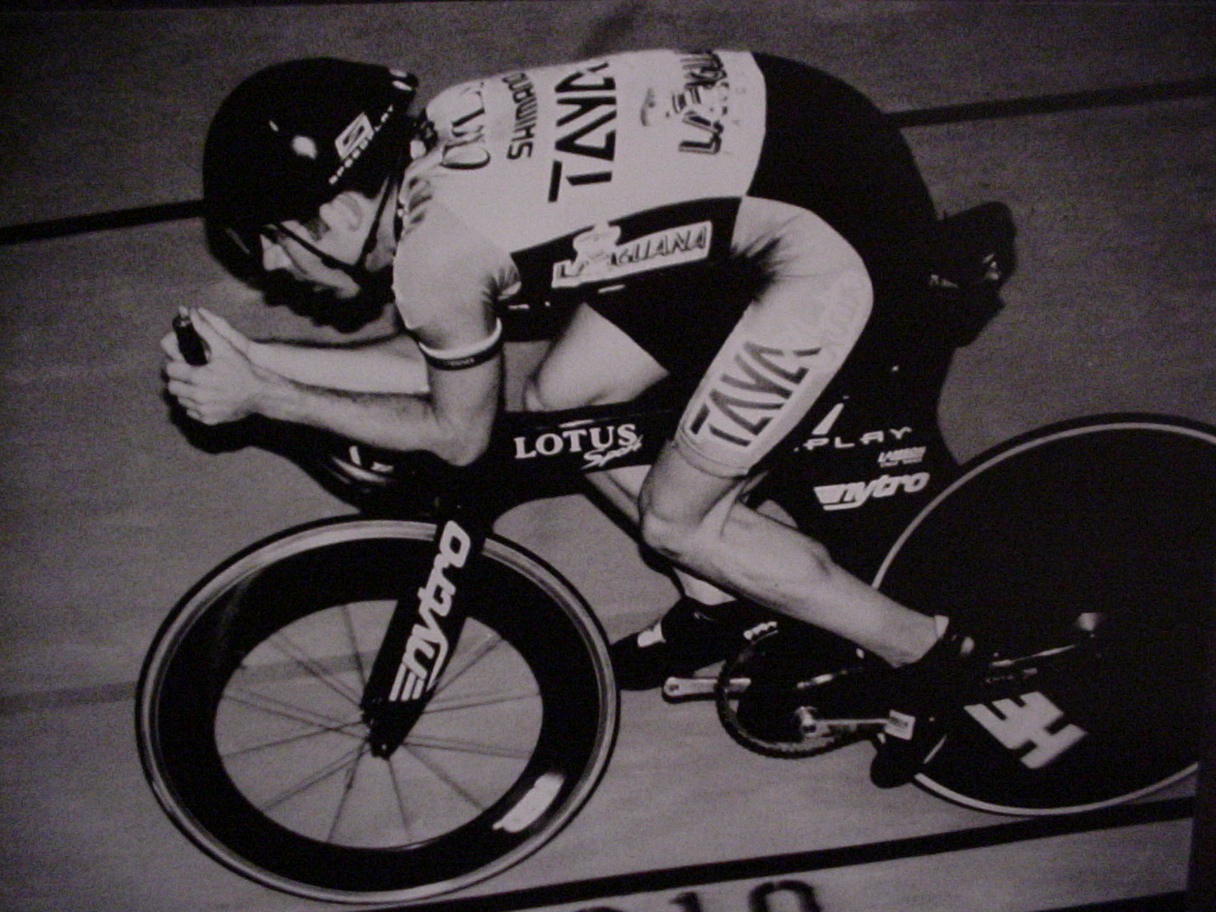